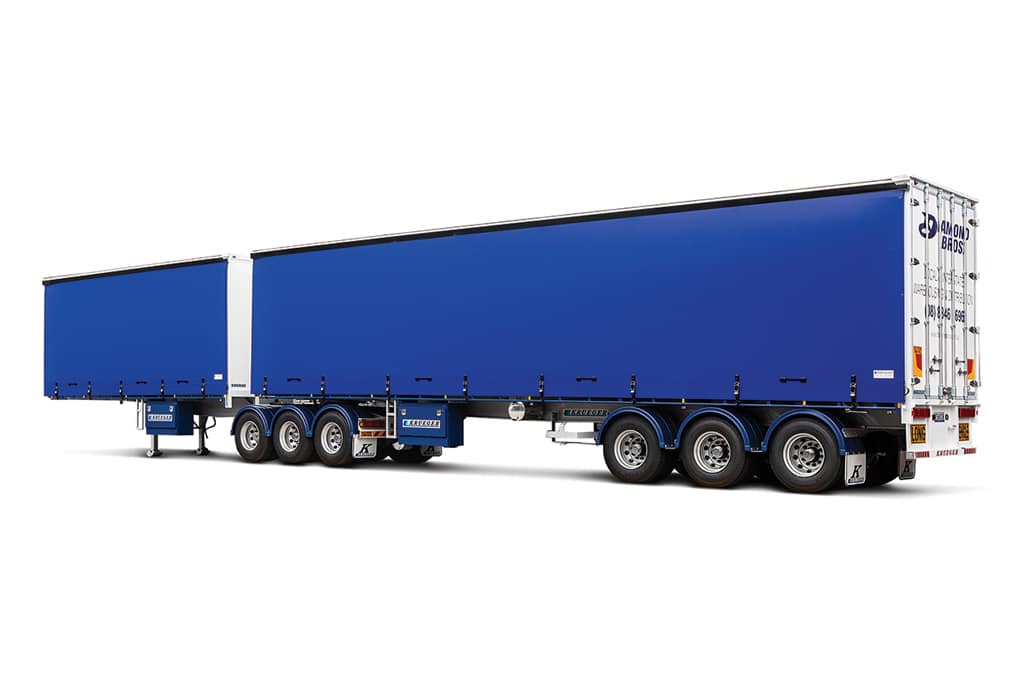 Adelaide-based freight forwarder, Diamond Bros., relies on purpose-built Krueger Transport Equipment trailers to excel in its specialised interstate and local cartage freight tasks. By investing in the latest technologies, the fleet is running as reliably, efficiently and safely as ever.

Two years after migrating from Greece, Nick Diamond purchased a truck that would become the foundation of Diamond Bros. – a privately owned and operated business established in South Australia in 1956. When Nick’s brother, John, entered the partnership they turned their attention to the booming local car transportation industry.

Diamond Bros. CEO, Kym McDermid, says the duo converted the next truck into a car carrier and the fleet grew to more than 45 heavy vehicles used nationally.

“Initially, Diamond Bros. focused on car carrying but over time Australia’s industry changed and the car carrying business was divested,” he says. “Diamond Bros. transformed into a linehaul specialist, commuting between Adelaide and the Eastern Seaboard and Perth. Our company provides daily interstate distribution to all Australian cities.”

As the company grew, so too did the demand for robust and efficient trailing equipment.

In 1987, Diamond Bros. invested in its first batch of trailers from Krueger Transport Equipment and, according to Kym, has specified them as standard ever since.

“The product is exceptional and the service from Cherie Pearson, David Grant and the team has been outstanding,” he says. “They care.”

Over the years Diamond Bros. has expanded its fleet to utilise more Krueger 4.6m trailers, the award-winning Slide-A-Gate systems and quick curtains. These innovations boost operational safety and productivity.

“The most important aspects of our latest Krueger trailers is that they are lightweight yet strong and are expected to run from Sydney to Perth return,” he says – adding that the aftersales support is exceptional. “We also depend on Krueger for spare parts where needed. Chain of Responsibility and safety has played a much bigger part and technology has aided in this. The basics remain the same, customer service excellence is what Diamond Bros. live and breathe and so does Krueger.” 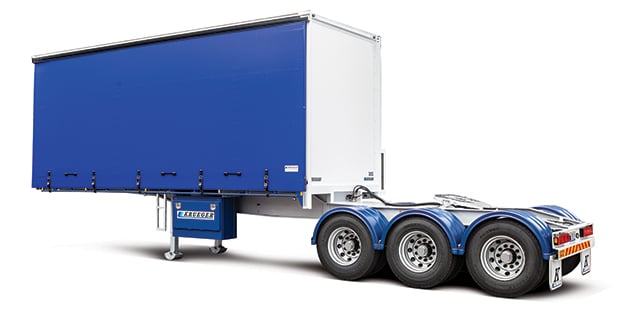 Currently, Diamond Bros. is headquartered in Largs Bay with more than 100 staff and specialises in carrying packaging, alcohol, parcels and insulation.

“Soon, our total trailer tally will be around 150 units,” Kym says – adding that the business has continued to adapt to current trends. “We have noticed that the smaller operator has departed in larger numbers during the Road Safety Remuneration Tribunal (RSRT) as it is difficult for start-up businesses which has led to a greater reliance in the market on small-to-medium sized fleets.”

Both Diamond Bros. and Krueger, according to Kym, are family businesses with a reputation for service excellence and with common values the partnership creates synergies that are of immense value.

“In Covid times Krueger has been outstanding in their commitment to keep our fleet running,” he says. “In the past few months we have purchased 28 trailers from Krueger. The symbiotic relationship of the two companies has brought about a service excellence that all customers have been able to rely on for decades and the future decades to come.”

Fast Fact: Krueger is a family-owned and operated business that is leading the industry with its portfolio of advanced and versatile trailing equipment solutions which are by default designed to work hard in any environment and are spec’d for smarter fleet utility. 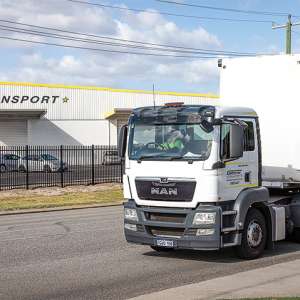 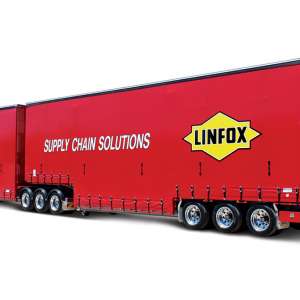